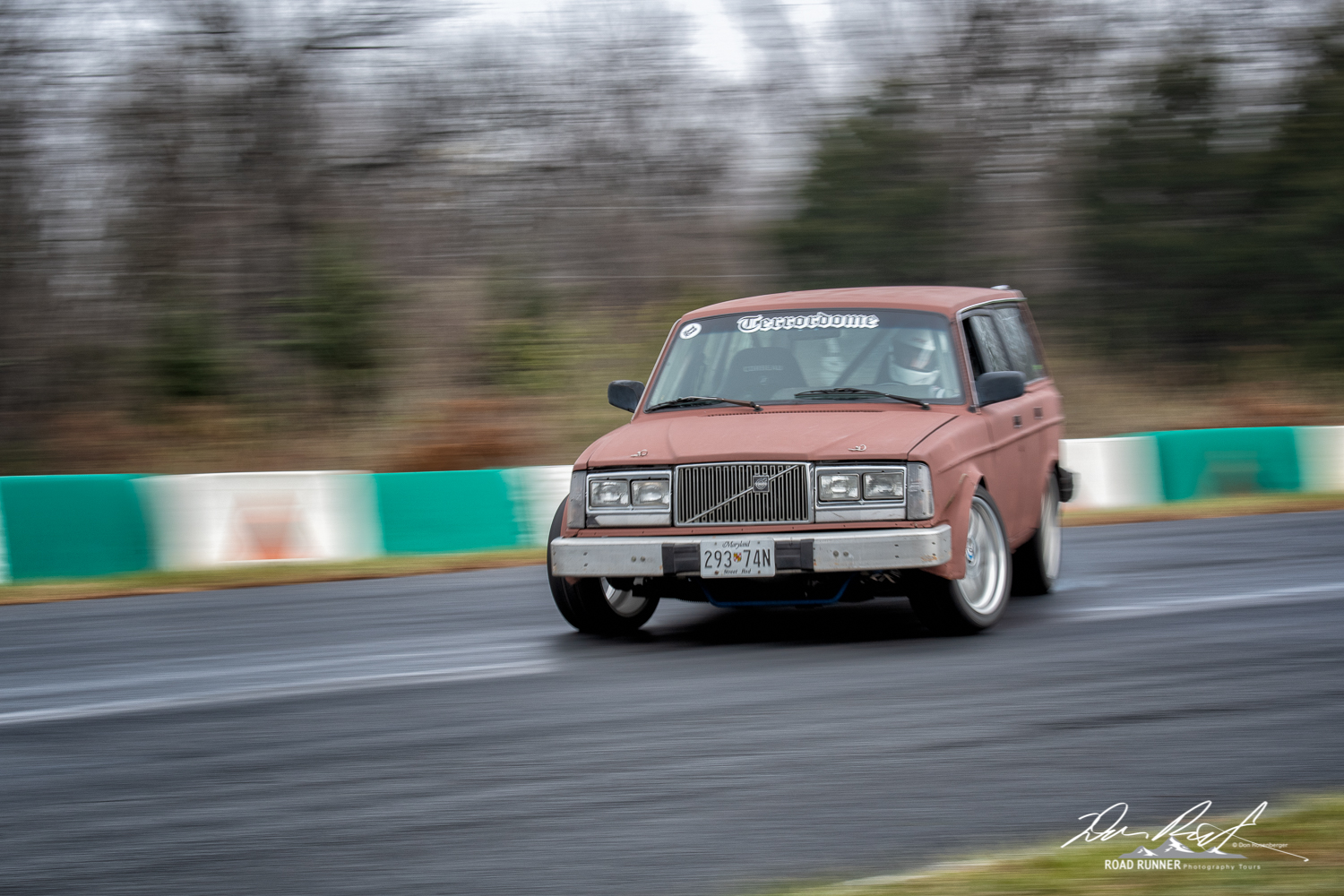 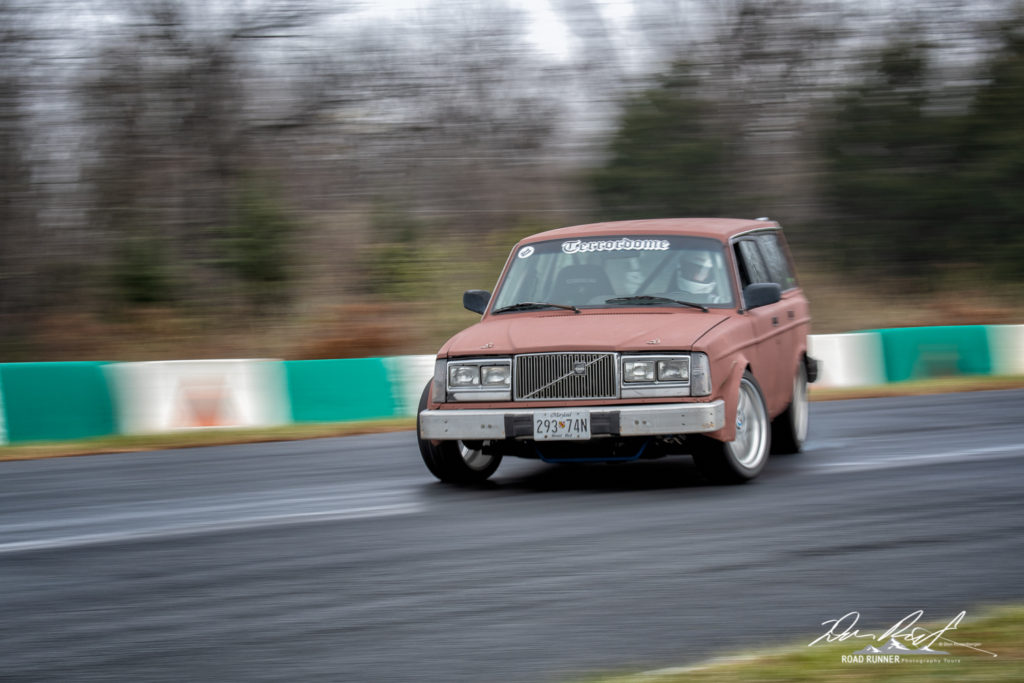 This past Sunday RRPT held our first meetup at Summit Point Raceway. The event was called Drift Nirvana and unfortunately the weather kept a number of people away. The number of vehicles, spectators and of course photographers were quite a bit less than what I’m told by others would be normal.

Here at Road Runner we really don’t like to cancel a meetup because of weather, since at least half the time the weather is such the meetup could be held. We won’t talk about our last camping meetup, except to say it took a few days to dry out my gear.

I was hoping to get some great shots that included lots of tire smoke, but it rained the day before so the track was still wet. There was less friction between the tires and the pavement and as such a lot less smoke.

The Volvo pictured above was not the best looking car of the day, but it was driven incredibly well and as such was one of my favorite cars to watch and of course photograph.