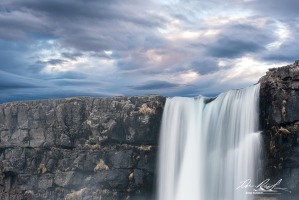 The blog has been a little quieter than we would like, so an update is overdue. We finished another fantastic year making images and leading photography tours with a week in Iceland being our last tour of the year. The image above was shot at Oxararfoss in Thingvellir National Park in Iceland.

December was a bit on the warm side for Iceland and as a result there had been no snow. The only disappointment was the Ice Caves were flooded due to warm temperatures and rain. But as a result of the warmer temperatures the glacier lagoon was not frozen and we had lots of ice chunks on the black sand beach. So Mother Nature took one thing from us but gave us another.

We leave again in a couple of days for another week in Iceland. What a great way to end one year and start another!