The twin-island nation of Trinidad and Tobago is the southernmost island country in the Caribbean, located just 7 miles off the coast of Venezuela. When the Park West Camera Club announced that they were organizing a trip there, it was an opportunity I could not pass up. You see, I was born in Trinidad, but emigrated to the US when I was just 6 years old. I felt compelled to return to explore the land of my birth—to learn first-hand of the culture from which I emerged.

The Asa Wright Nature Centre would be home base for the first leg of the trip, located in the Arima Valley of the Northern Range in Trinidad. The center is one of the top birdwatching spots in the Caribbean, with more than 100 species recorded there. My main goal was to get good photos of the fast and furious hummingbirds (my favorites), but there were many other birds and wildlife on the grounds as well, including Tegus, bullfrogs, tarantulas, and Agouti. 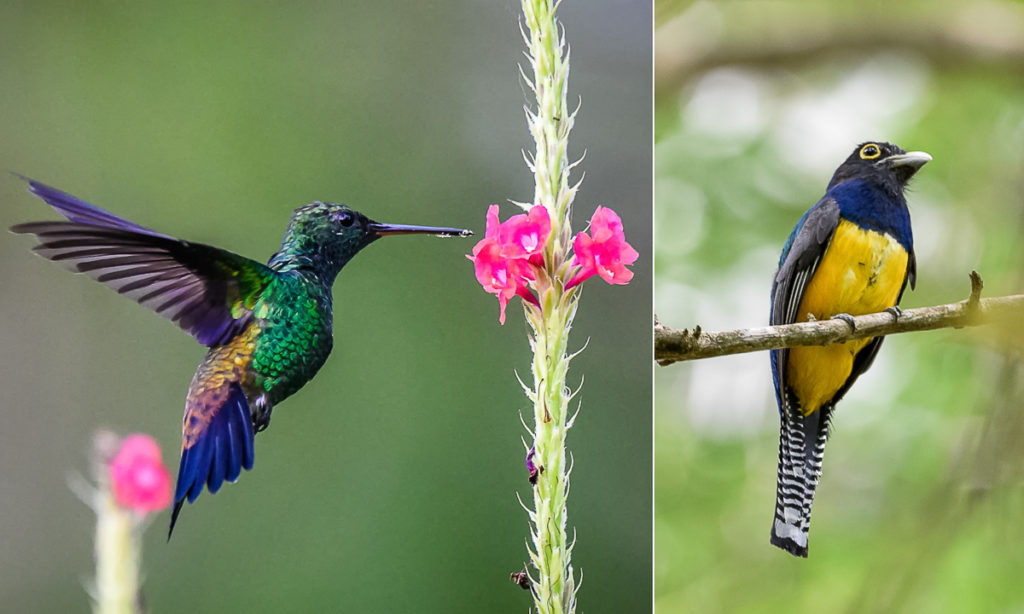 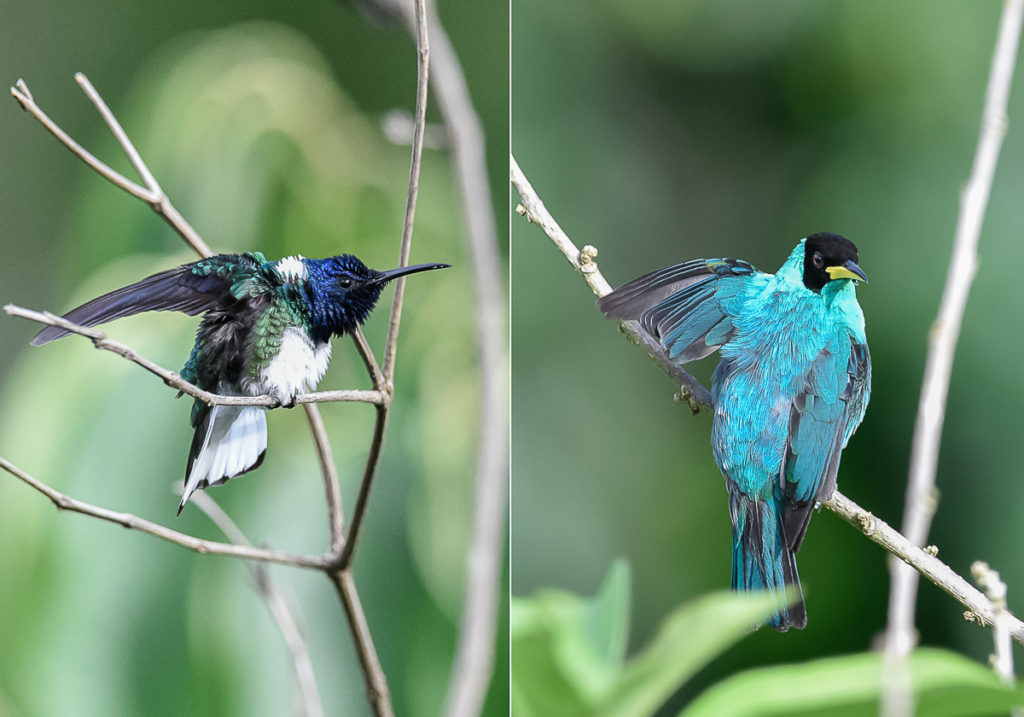 There were many highlights during the stay in Trinidad, but near the top of the list was our visit to the village of Matura, where we were slated to see Leatherback turtles laying their eggs in the sand. Anticipation was high, and a 3-hour wait wore down our patience a bit, but eventually we got the word that a turtle was spotted about a 1 ½ mile hike away—and about to lay her eggs. A group of 20 of us or so made our way single-file in the darkness along the undulating path—avoiding holes in the sandy ground, and sporadically swatting away the bugs that attacked us along the way. Eventually we made our way to where the turtle was, and where I witnessed one of the most miraculous sights of my life so far. Leatherback turtles can weigh between 800-1000 pounds, and lay 90 to 120 eggs at a time. Here was this giant pre-historic-looking creature laying her eggs right in front of my eyes, and then methodically covering the eggs with sand so that predators wouldn’t get to them, before making her way back to sea. The guides were strict about protecting the turtles during the process, which took about 45 minutes or so. I didn’t get good pics of the turtle during the egg-laying (only one red light was allowed to shine on the turtle after a certain time), but the experience will live in my memory forever. Just before we left the area, I was able to get a photo of the Milky Way pointing to where MY turtle was in the sand (yes, I adopted her), with the crowd gathered around, just as she started her journey back to the Atlantic. 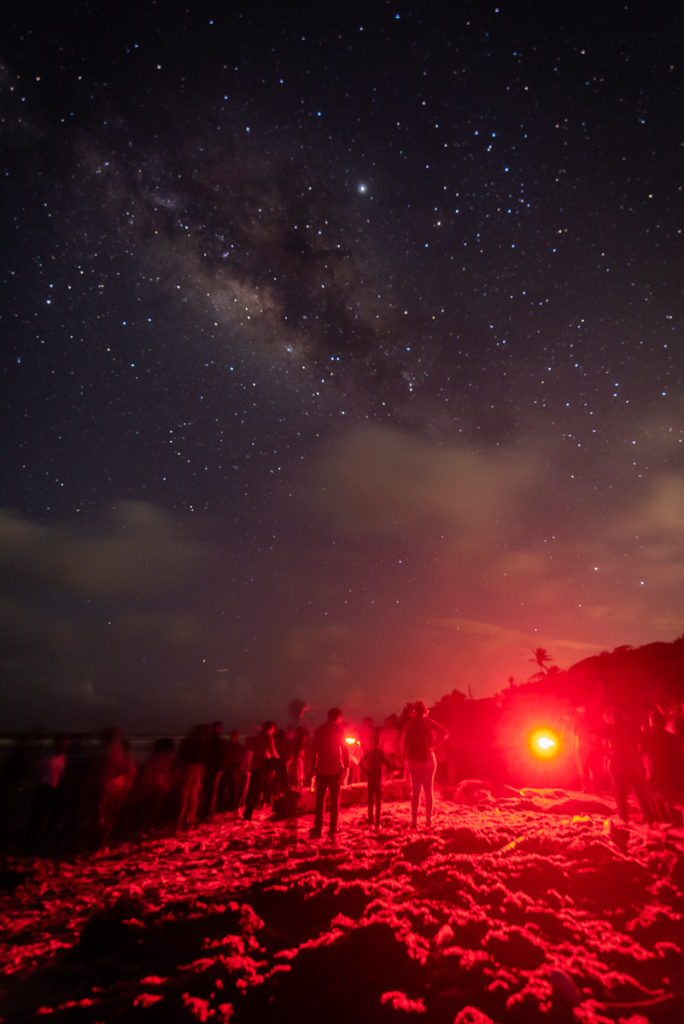 Other highlights of my stay at Asa Wright include seeing several White-bearded Manakins and Guianan Trogons (love those names!) along the Discovery trail, listening intently for the various bird calls, and making my way to photograph one of a few waterfalls on the grounds. I also gave myself a challenge to get better pics of the elusive Tufted Coquette hummingbird (I previously visited Asa Wright in 2017), where I first saw and photographed this beauty. I saw it several times while there, but was not successful in getting the epic photos I envisioned. Sigh.

Another highlight of the trip was our visit to the Pitch Lake—largest natural deposit of asphalt in the world, located in La Brea, in southwest Trinidad. The lake covers about 100 acres, and is reported to be 250 feet deep. The lake was much more picturesque than I expected, and I came away with some great abstracts. I learned that the water of the lake has medicinal qualities, and there were several people bathing in the clear-water pools of Pitch Lake. I only managed to rub the water all over my face, in my attempt to look 10 years younger by the time I returned to NY. (4) 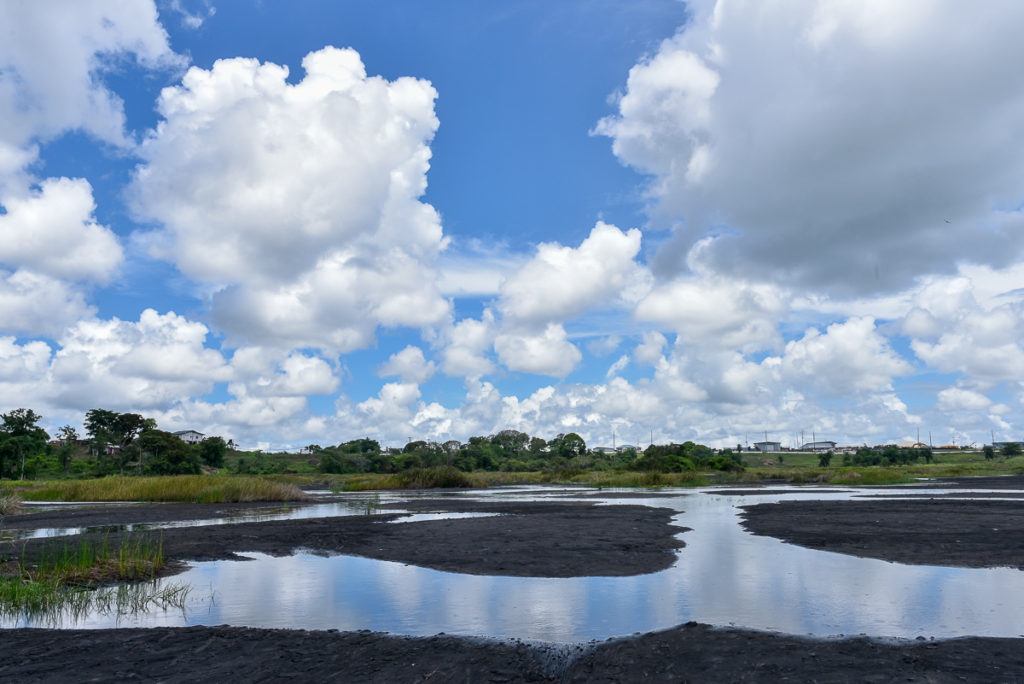 Our last days in Trinidad wound down with treks to see the famous Oil Birds (didn’t see them), and a visit to Caroni Bird Sanctuary, where we saw Scarlet Ibises (national bird) and Flamingos coming in to roost.

Our flight to Tobago was delayed 3 hours because of bad weather; curtailing plans our guide Jason Radix had made for us to photograph shore birds at the Bonaparte Sewage Pond. We stopped and looked briefly, but had to hustle along, as we needed to make it in time for dinner at the hotel. We arrived at Blue Waters Inn, a beachfront property in Speyside, Tobago, right at sunset. I managed to squeeze off a few frames while the group was checking in, and we enjoyed a lovely dinner overlooking the bay just below us.

The next day, our group took a short boat ride to Little Tobago island, where we saw Copper-rumped hummingbirds, black-faced gulls, Red-billed Tropic birds, Motmots, and Brown Boobys. It was a bit of a hike to the overlook, but definitely worth it—except for the bug-bites! Some in our group asked Jason if he could change the next day’s itinerary to more landscape and less bird photography, and he was more than accommodating.

Our last full day in Tobago brought us blue skies full of puffy clouds. We started our tour with a brown-bag breakfast at the Main Ridge Forest Reserve, then made our way to several stunning overlooks including Castara and Parlatuvier. We wrapped up the tour with a visit to Bloody Bay, a small fishing village on the north coast. (5,6) 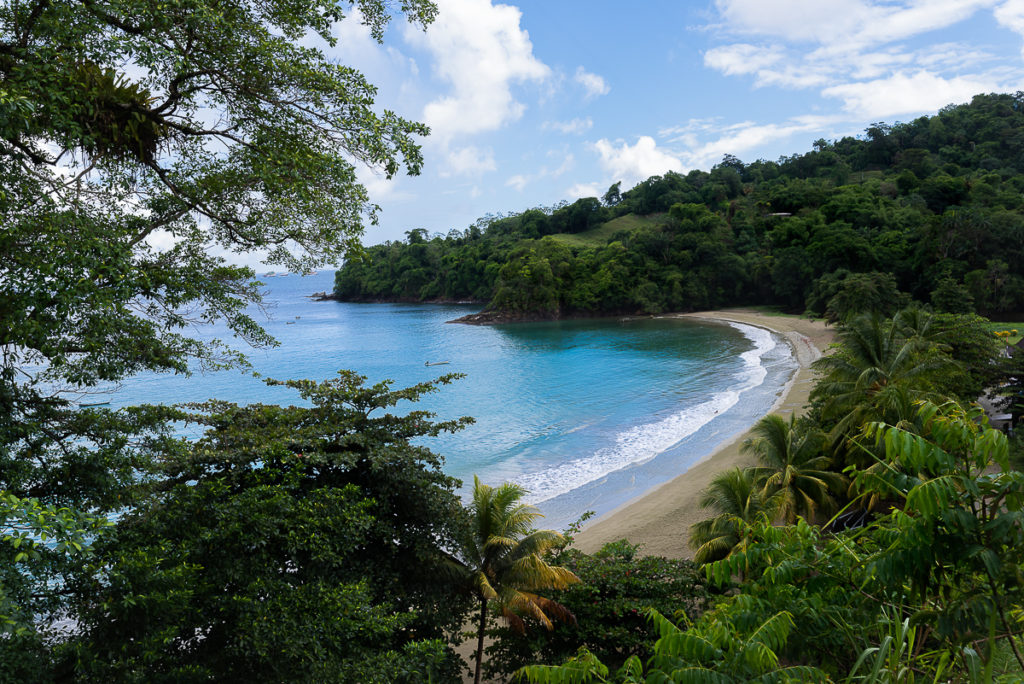 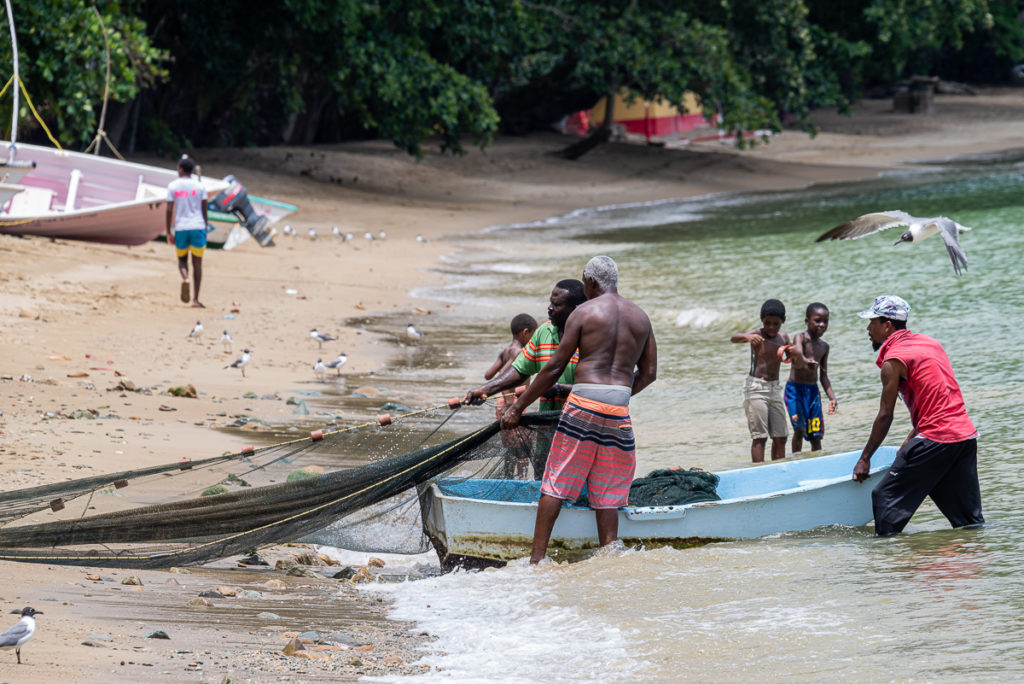 The bus ride to the airport was bittersweet, as I gazed at the colorful scenes, and somewhat rued my return to the Big Apple. It was great to be away in paradise, but it was time to return home. I waved goodbye to Trinidad and Tobago through the plane window, but vowed to return again someday…soon.