As I was thinking about ways to improve, I thought back to 2008 when I got my first DSLR. It was a Nikon D90 and I remember that day going to a storage facility to get some things and feeling frustrated because I had this nice new toy and I couldn’t go to the mountains or some other epic place to take photographs. The person I was with, who wasn’t a photographer, said something that has stuck with me ever since. Honestly, I think she was tired of hearing me whine. She said, “if you were a good photographer you could create an artistic photo from anything.” No… that didn’t knock me down a few notches. No, not at all.

A lightbulb went on in my brain when she said that. What I believe she was talking about was looking at the details of the area surrounding where you are to try to create an artistic photograph where there seemingly isn’t one. So I started looking around the storage facility to try to find compositions of ordinary things to attempt to create some artistic photos. For example, take this shot. 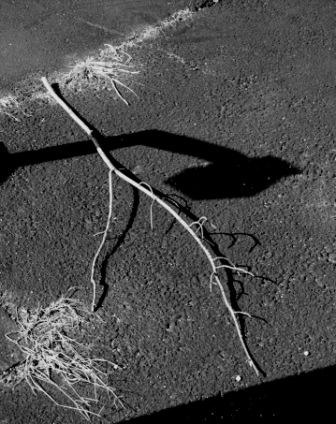 This was just a picture of the shadow of the keypad used for entry, a branch, and tufts of weeds. I didn’t see this until I started looking for details. Now, to be honest, most of the shots, and maybe this one, weren’t that good. But, I don’t think, at that moment, it was about getting “good” photos. It was about me having a shift in my perspective on photography. It was about me beginning to look more closely at things and not be concerned about the ‘big picture.”

And that is the first point I want to make. To concentrate on the details we need to shift our thinking away from the “big picture.” Yes, I want that epic landscape shot just as much as the next photographer. I am not talking about not taking those types of photos, but beginning to look at the intimate details of the scene. Convert your eye from a wide-angle lens to a telephoto lens. Overlay a jigsaw puzzle over the scene and go from one piece to the next. When you do this, another whole world of possibilities opens up. For instance, look at this photo taken from Bombay Hook National Wildlife Refuge. 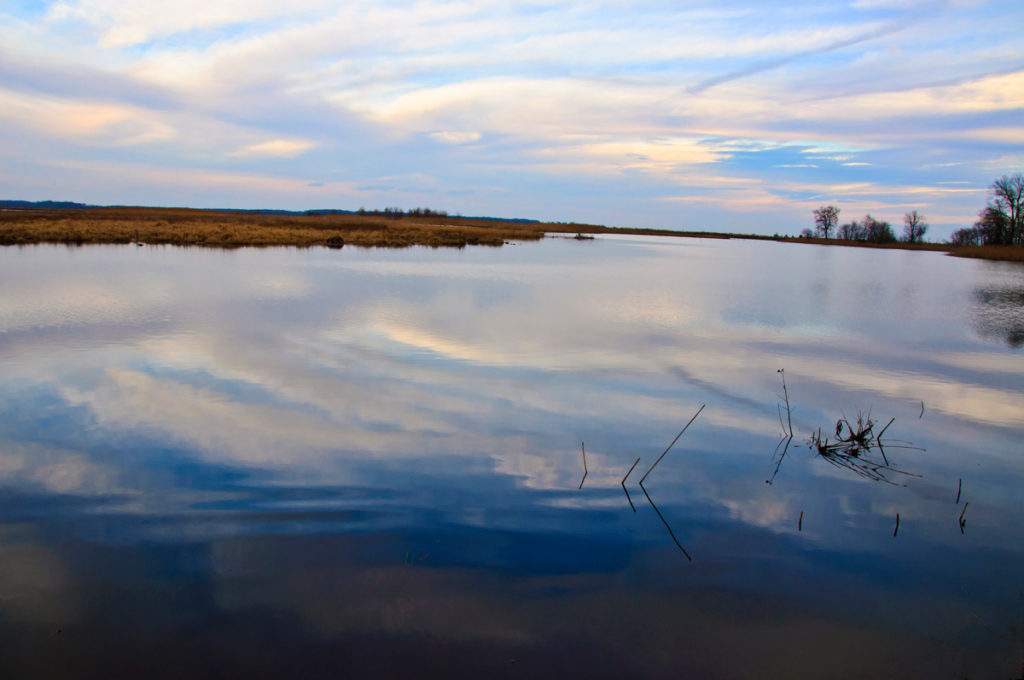 It has some interesting clouds, but there isn’t a focal point. You see the overall environment but it is not a very good photo. But as I began to overlay a jigsaw puzzle over it and began to examine the various details within the overall scene I found these three branches sticking up with their reflections. So I zoomed in and took this photo  which, in my opinion, is more creative and interesting. 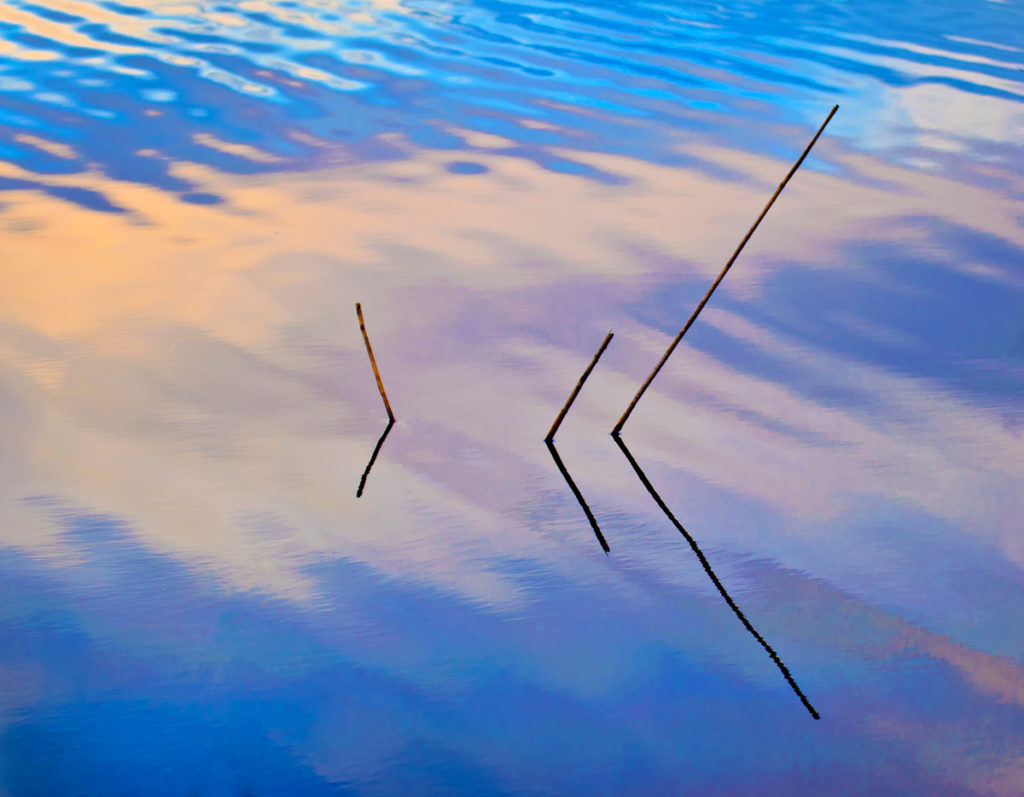 My second point is to isolate first and then expand. This might seem like the same point as the first one, and I will grant you that. The first point is more of a change of thinking and how to approach the scene. This second point is what to do with the scene. When I go to a location my first inclination is to begin to think of the grand landscape or the entire waterfall scene, the “big picture.” There is nothing wrong with that, but I am suggesting to first look for the more intimate details before expanding to the overall scene. Let those details register in your mind not only for possible photos but how those individual details can improve the overall scene.

Doing this will help you slow down and think about the scene. It will allow you to analyze what you are looking at to determine the best way to go about taking the photo. Are there leading lines? What type of foreground interest is there? These are questions that can be answered if we isolate first instead of looking at the overall scene. For instance, I lov 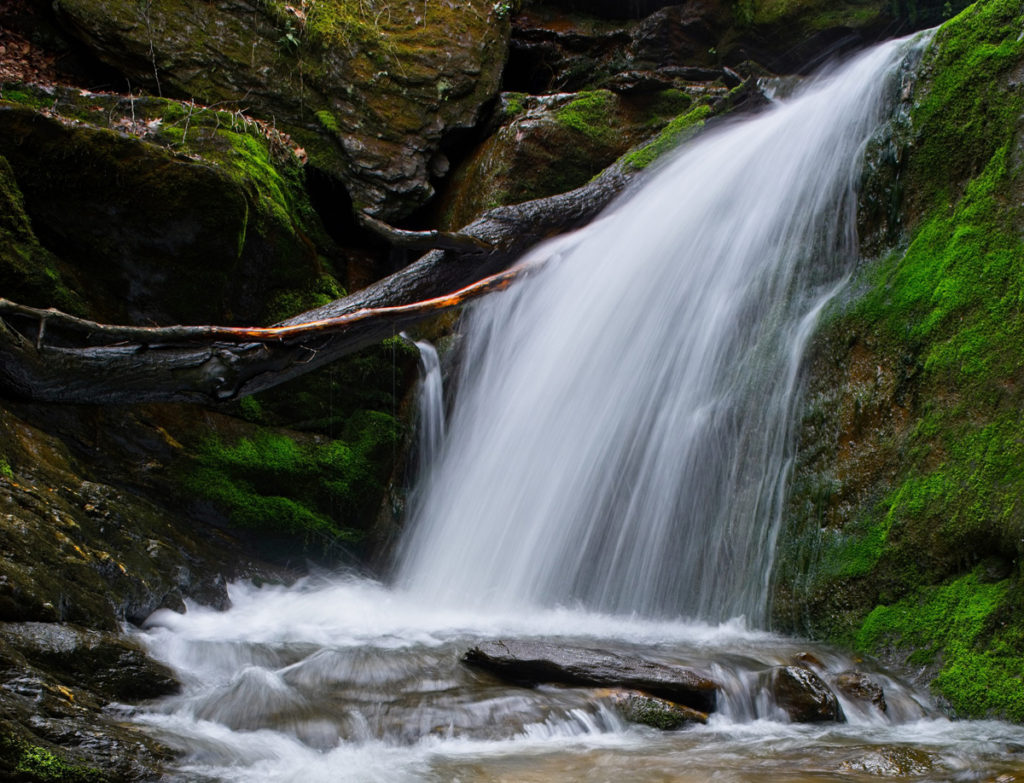 ed this waterfall I visited in Pennsylvania. I could have just stood there and taken a shot of the main waterfall like this cropped version of the photo below. It would be pretty like most waterfalls but not necessarily interesting.

Instead, I first looked around various parts of the creek in front of the waterfall and by doing that I was able to see that the smaller cascades and rapids were very interesting. Also by isolating and looking at the parts instead of just the whole I was able to determine where to stand to get the photo I wanted. Standing where I did, I was able to capture the somewhat crisscrossing pattern of the cascades and how the water fanned out at my feet.   As a result, in my opinion, I find that this photo is much more pleasing. 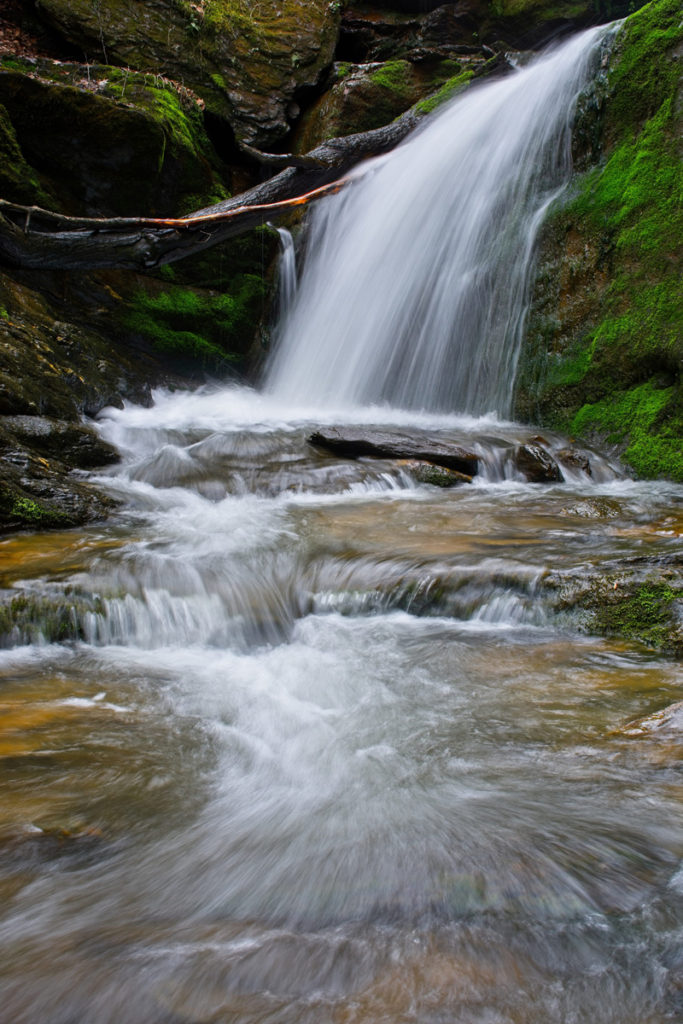 My final point is don’t settle for just the big scene but look for the details wherever you are. You have probably heard of the phrase, “milking the location.” That means that you are photographing an area and trying to get as many different photos as you can from one location. How do you do that? By concentrating on the details. If you visit a location there are bound to be many other photos than just the primary subject. Finding those intimate shots will help your photos be unique, original, and possibly one of a kind. 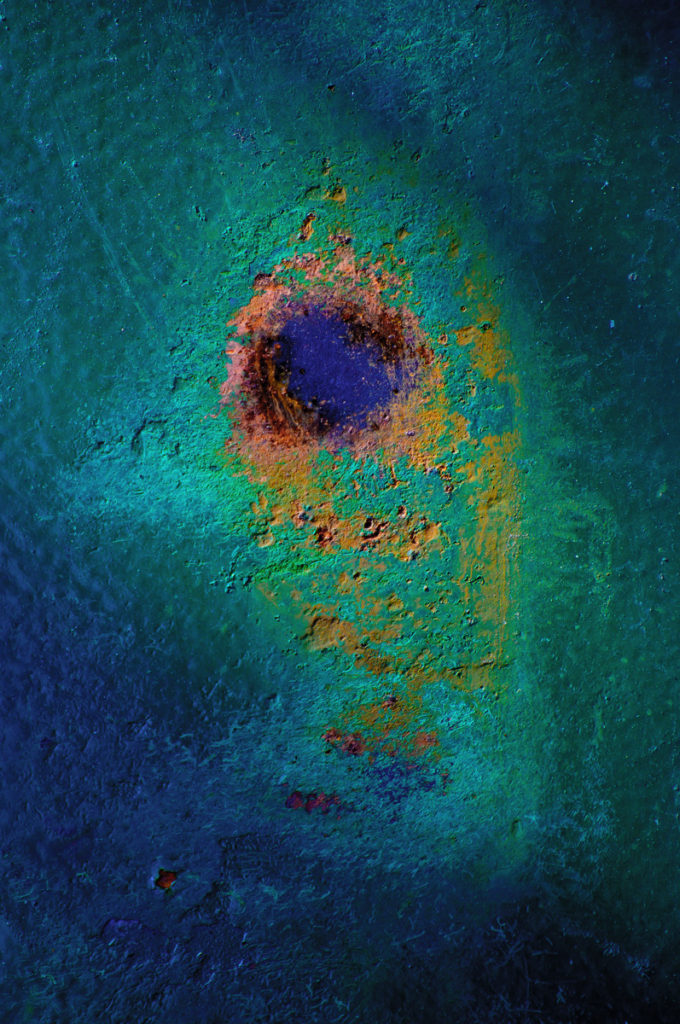 Whether you have a camera or not, begin to look at the details wherever you are. You will be surprised where you might find a photograph. For instance, you can find abstracts in a lot of places.  Look at this photo.  What do you see? The first thing I see is the portrait of an exotic fish. Other people have said the first thing they have seen was a drone shot. One day I was walking in the village area where I lived and was looking for the details and I found this shot on the side of a dumpster. We can find photos anywhere if we slow down and take the time to focus on the details.

Adventure in Trinidad and Tobago, Land of the Hummingbird – David Francis, Guest Blogger